Please enter the email address you used to register for this site. You will be sent an email to reset your password.

We have sent you an email with instructions on how to reset your password.

While setting the scene for his novel of the extremes of that time, the first sentence of Charles Dickens’ A Tale of Two Cities could easily have been describing the very cyclical nature of financial markets. Those brave enough to buy equities or corporate bonds in March this year, at the height of the pandemic, will have done very well outside a small number of sectors such as energy.

We have seen a number of bank shares such as those in Nordea Bank, Scandinavia’s largest bank, and First Republic Bank, the 12th largest in the US, trading at a higher level today than at the turn of the year. Equally, the likes of Intact Financial Corp, a Canadian property and casualty business, Progressive Corp, a US personal lines insurer, and Hong Kong Exchanges and Clearing are all higher on the year, the latter two along with First Republic Bank reaching all-time highs in the past couple of months.

Nevertheless, the financial sector, which encompasses not only banking, insurance and stock exchanges but also asset managers and consumer finance companies among other businesses, has underperformed global equity markets by around 22% since the start of the year. Understandably, investors have been focused on the winners of the crisis, most notably the technology companies that have seen their share prices rise substantially this year.

Banking and insurance are incredibly attractive businesses if done well. An insurer generates profits in two ways. If it is a good underwriter of risk, then it will make a profit from the premiums it receives from policyholders, while it will also generate a further profit from the income it receives having invested those premiums along with other investments it already holds on its own balance sheet. Similarly, if banks are sensible underwriters of risk, they can earn attractive returns over an economic cycle.

However, share prices of banking and insurance companies have been hit hard by COVID-19, the latter over concerns around claims from travel insurance, event cancellations and business interruption policies. The latter were hit on concerns around rising loan loss provisions resulting from a rise in company failures and unemployment as a consequence of government-imposed lockdowns and the change in spending behaviour.

Nevertheless, the insurance sector is seeing insurance rates rise for some classes of business at their fastest rates for many years, with some industry commentators saying it is the most attractive market in over a decade. Similarly, the banking sector has changed materially over the past 10 years with capital levels having risen substantially. Therefore, banks are significantly more robust and were able to provide significant support to customers at the beginning of the pandemic.

As a result, there are significant opportunities within the sector. Today, banking stocks trade at levels, on average, only seen during the global financial crisis when the solvency of the sector was in question which it is not today. We believe earnings are likely to see a sharp jump over the next couple of years as economic recovery continues to gain traction, on the back of the huge fiscal and monetary stimulus globally, as the COVID-19 crisis abates and dividends and buybacks restart.

Expectations are low for the sector to outperform. It remains unloved and undervalued but, as we have seen many times in equity markets, expect the unexpected. In A Tale of Two Cities, Sydney Carlton, a dissolute English lawyer, is redeemed at the end of the story. Along with other value stocks that have performed poorly, investors may well look back in 12 months’ time and see COVID-19 as the catalyst. Despite the dark times, the outlook is looking more and more positive while the recovery potential remains substantial. 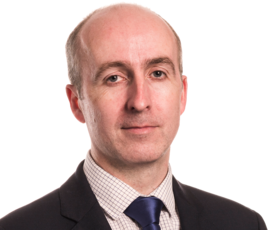